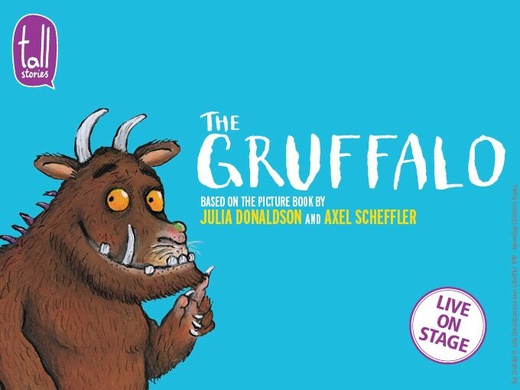 A mouse took a stroll through the deep dark wood...

Join Mouse on a daring adventure through the deep, dark wood in Tall Stories’ magical, musical adaptation of the classic picture book by Julia Donaldson and Axel Scheffler.

Searching for hazelnuts, Mouse meets the cunning Fox, the eccentric old Owl and the high-spirited Snake. Will the story of the terrifying Gruffalo save Mouse from ending up as dinner for these hungry woodland creatures? After all, there’s no such thing as a Gruffalo – is there?

Songs, laughs and monstrous fun for children aged 3 and up and their grown-ups, in the much-loved show that’s toured Britain and the world! Running time 55 minutes (no interval)

Children from the ages of 18 months must have a paid ticket.

Where Do I Go

An unexpected error has occurred. Would you like to refresh the page?